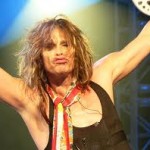 He was a high school loser, never made it with a lady.

Those kids who have nobody to sit with at lunch. They still exist, right? Psych. I know they do, ‘cuz I see their posts on Reddit. I always give them the same 3 lines of advice, but there’s a motherload where that came from. So here ya go. Part I in a series on how to shake your status as a high school loser.

So, this one kid? Frankenstein in Coke bottle glasses. Complete with the shuffle. And every other kid in the room has a cool haircut, if you know what I mean. Before class even starts I’m cringing for the Frankenstein, knowing that he’s the puck, and the cool guys are the sticks.

The computers are in a horseshoe around the room. All the other guys get on them and start their projects, but not weird Frank. Frank wanders around, talking to himself as the rest of the guys talk to each other. Every once in a while Frank stops, leaning in and watching over someone’s shoulder.

I encourage him to find his own computer, because some verbal sniper is about to lay him flat. How long are they going to tolerate the eyeballs on their work, the mumble in their ears? But Frank comes back with an ironclad excuse: “The program’s still loading.” And because I’m the anti-control freak, I can’t command him, “SIT DOWN.” He’s not doing anything wrong. Plus, the worst thing I could do to the kid would be to call more attention to him. So I sit. And I watch. And I learn.

I’m shocked to see that the cool guys don’t mind Frank. I’m extra-shocked that Frank doesn’t mind himself. And that’s his golden ticket.

It dawns on me like this. When I ask Frank to find a computer, he doesn’t freeze. He doesn’t look down. He doesn’t do any of the terrified-kid-in-the-spotlight moves. Instead, he keeps his eyes on some kid’s computer. As in, “I’m fine with what I’m doing. Got nothing to hide.”

All through the class, Frank does stuff that gets other kids ridiculed. And all through class, his classmates don’t raise an eyebrow. Because Frank is cool with his weirdness. That shit is armor.

So here it is, a nice little vitamin pill. The prescription for losing your high school loserdom. Feel fine about your thing. Weird? Fat? Dorky? Loud? Awesome. Fuck what anyone else thinks, in the friendliest way possible. They’ve got their own thing, you’ve got yours. Both are cool. Believe that, and you’re teflon. 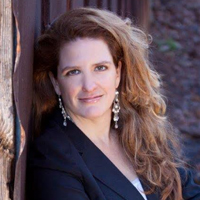