No Widgets found in the Sidebar Alt!

The beige room gets even smaller as more people cram in. The door guys alone take up half the space, and two new kids, one guy and one girl, are in here now too. Barrette Chick calls them “staff” when they walk in.

The “staff” guy says they’re gonna see if I’m carrying. Then he says, “Drop your pants and underwear. Bend over.” So I bend. Do I have a choice?

They’re all behind me now, and I can feel them looking at me. My fingers are on my toes and my face, red and slimy, is the size of a beach ball. I’ve shed tears today that have been in storage for fourteen years.

I don’t know if it’s the guy or the girl “staff,” but I hear the snap of a rubber glove. Two hands peel my butt apart, harder and farther than it wants to get peeled. It hurts, but I won’t say ow. Some words cut through the swirl in my head.

There’s laughter, and another rubber snap.

“Cyndy, your intake’s over. Bring her to the group.”

Then comes Barrette Chick’s voice, but with an edge to it. “Pull up your pants, Cyndy.”

I pull my stuff up without a word, like I’ve been following orders all my life. I’m still buttoning my jeans when a hand scrapes down my back again, and a fist clenches onto my waistband. I throw my arms out to steady myself as I’m dragged toward the door. My top button stays undone.

The fist in my spine pushes me into the hall, where my stupid heart trips itself up again. My little girl fantasy tells me my mother will be standing out here. Arms open, face stained with tears, unable to leave me. Like jackrabbits, my eyes flick to the right, to the left—and nothing. Just a row of closed doors. That crushed dream kills something in me. Something important—something like hope. But the fist in my back doesn’t pause. It steers me away from the front office.

So I’m walking down this hallway with a hand in my pants. This ugly chick has her fist gripping my waistband, right above my butt. She’s pulling my pants up into my butt. And I—I can’t do anything about it. We saw what happened when I tried to fight.

At the end of the hall, the silent girl leans on an industrial door, then shoves me into a massive room. And what’s happening in that room makes no sense. No sense at all. In front of me is this heaving…beast made of hundreds of human bodies. There are rows and rows of blue plastic chairs, each chair connected to the one next to it. There’s a kid in every chair, and all the kids’ bodies are whipping around—back and forth, up and down—like an epileptic mega-seizure.

Listen to me. This beast? It’s…it’s fighting itself. The top half of it is all arms, waving and bending, snapping toward the ceiling. Hundreds of heads shake and nod, but they’re not saying yes or no. They’re jerking in every direction, and nodding hard like the devil told ’em, “Nod.” The bottom half of the beast—the bodies below the armpits—are pogo-stick straight, butts glued to their plastic chairs. The only sound is a thrushy breathing and this weird, fleshy clicking. It’s a vision of hell.

I’m pushed across the empty half of the room, toward the rattling mass of people and chairs. All I can see are hundreds of backs, but then a few faces twist around to look. Their piston arms keep pumping over their heads, but their eyes are deep and blank. Their eyes are black holes. These kids—these kids are dead inside.

Dead Inside by Cyndy Etler

‘I never was a badass. Or a slut, a junkie, a stoner—like they told me I was. I was just a kid looking for something good, something that felt like love. I was a wannabe in a Levi’s jean jacket. Anybody could see that. Except my mother. And the staff at Straight.
From the outside, Straight Inc. was a drug rehab facility. But on the inside, it was…well, it was something else.’ 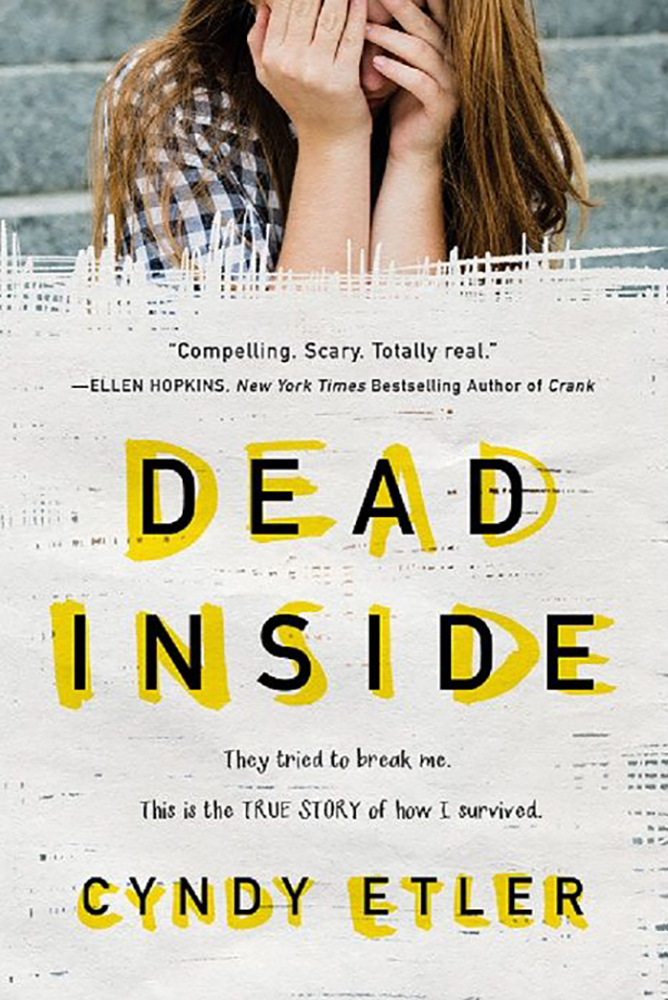 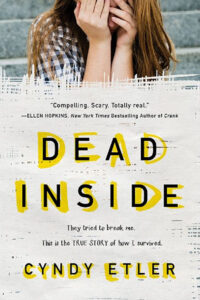 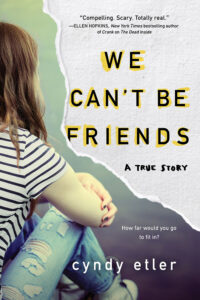